A passion for offshore wind platforms

Working on and with offshore wind platforms requires specific knowledge and experience. The circumstances are very different from those on land, therefore a different set of regulations applies. “It is an exciting and challenging environment to be working in”, according to Jeroen Weemhoff, a consultant with Siemens Partner CoNet.

For the past year Jeroen lived out of hotel rooms. He was flown in to put his expertise to work on the Deutsche Bucht offshore wind platform, which is being built about 95 kilometers to the north west of the isle of Borkum in the Wadden Sea. Northland Power picked marine construction and offshore company Van Oord as its partner for the ‘balance of plant’ activities. This included, amongst other things, design, engineering and building the foundations, laying the connecting cables and building the offshore high-voltage relay station. Van Oord also takes care of transporting the wind turbines. With 31 wind turbines, the parc will feature a total capacity of 252 MW. Annually this will supply over 178.000 households with renewable energy. The first of these wind turbines are being installed as we speak and power will be delivered starting September.

In November 2017, Van Oord involved Jeroen in this project, he was charged with managing the suppliers for the power transformers and the SCADA system. As a CoNet Siemens-specialist, he is an expert on this technology and its application in wind platforms. In 2013 he was involved in the AC-DC platform HelWin beta, in the German part of the North Sea. A project for which Siemens supplied about 19 different systems and an extensive package of technical components. Among these; (safety) PLCs, the SCADA system, Profibus, the motor management system, relays, drives and digital grid technology. Jeroen assisted in connecting all of the systems and making them communicate. It was a very complex challenge: “We had to deal with a lot of different programming languages, interfaces and network solutions.” The HelWin beta platform was completed, according to plan, by the end of 2013.

The complexity of integration

Based on this experience Jeroen was brought in for the Deutsche Bucht platform project, one for which Siemens will supply less technology than they did for HelWin beta. The SCADA system as well as the medium and high voltage switch gears for instance, are from different suppliers. The integration and interfacing for the different systems were very complex. Jeroen worked full-time at it for a year and a half, always in close cooperation with the suppliers. He was involved in design, test activities, acquisition, inspections and HAT. Right now, he is finalizing the project for the handover. “The SCADA system was really my biggest challenge. Many necessary functions were not included and had to be built. Thanks to my knowledge of the extensive Siemens portfolio, including the SCADA system, I was able to help out a lot.”

After the technology for Deutsche Bucht was delivered, both without delays and in good working order, Jeroen is already anticipating his next windfarm project. “Windfarms are grandiose and challenging. It really is an exciting environment to be working in.” The Netherlands are betting on wind power in order to realize the energy transition. With the “Network at Sea” (Net op Zee) project that will run through 2023, TenneT will build five network connections in order to link offshore wind farms. Siemens will supply the High Voltage Secondary System (HVSS) that will allow TenneT to remotely control and monitor the network connections and wind farm safety devices. CoNet is hoping to win the tender for the automation of these future platforms. “How cool would it be to implement this project exclusively with Siemens systems? And with that, CoNet is also capable of handling the integration with the HVSS and build the SCADA system in order to safely monitor everything.” 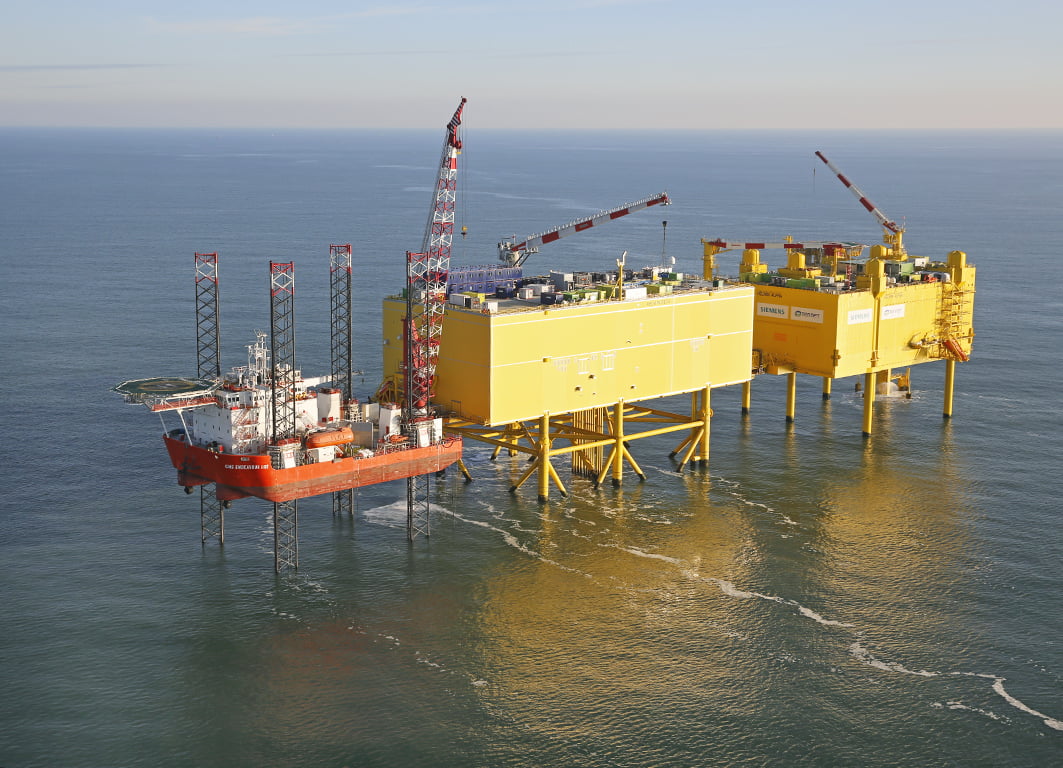