When: Saturday September 8th 2018
Where: CoNet headquarters in Zaandam


This was my first CoNet ride, I even learnt about it just two weeks ago when discussing the possibility of working for CoNet. Of course, having been a cyclist all my life I just had to be there. John Koot sent me the details; I arranged for a day off at work and drove to Zaandam with my bike on the rack.

Upon my arrival I saw no other cars with a bike rack in the parking lot, I almost panicked. Did I get the date or time wrong? Was I at the wrong place? I walked around the corner and saw the SEG team car parked there, along the Zaan. Ouf, completely reassured I entered the building and as I ascended the stairs the familiar sounds that you normally hear in locker rooms before a race grew stronger and stronger. A lot of people were already there and I was met by John who had prepared my CoNet kit. A couple of people I knew most were new faces though. Tea and coffee and some cookies were readily available. A box with SEG water bottles, isotonic powder and bars from their sponsors was waiting n a table. SEG Team manager Michel Cornelisse was present with three of his young riders. Michel and I go way back, when I first started out as a junior he was already an accomplished racer. Later we raced together again in the pro ranks, where his humor and rambunctious character made sure he always got noticed. Good to see him again.

After coffee and cookies John took it upon him to introduce the SEG riders, Michel and myself to everyone. He explained how we were supposed to all stay together until the last stretch where those who felt they had a shot could try and stay with these young elite riders. Then, before taking off, group photos were made outside, with everyone looking eager to get on their bike.

Beforehand we had agreed on an easy pace and most of the time it was, but the scenery so typical for Noord-Holland rolled by fast enough. The route was picturesque; with enough space on the roads and the occasional bike path for all 60 some riders to easily fit on them. The company was excellent; I struck up a few conversations and gave some people tips about their biking. To do this I went from the middle to the front, and to the back of the peloton. It was a sight to behold, almost everyone was wearing the Blue and White CoNet outfit and to see this blue/white train snaking through the deep green country side was just great.  There was a flat tire but with the help of John and Michel this was resolved and they managed to get back in the group around Stompetoren.

Halfway through, we stopped for coffee and apple pie in Wadway, a small village I had never heard of before. After this welcome break everyone could stock up on supplies from the SEG team car, bananas, chocolate or muesli bars, and of course bottles. I had one prepared for just this occasion and took it from the car. The wind, in combination with nice temperatures, made for thirsty conditions.

From Wadway the route led us back to Zaandam, at one point there was some confusion which led to one rider (CoNet founder Marco) falling off his bike, but he sustained just a few scrapes and got back on his bike straight away. Then in the last stretch the race was on. The young pros lifted the pace and the group shattered into four or five smaller groups, for a while anyway. As agreed before the start, everybody waited at the traffic lights and from there on we returned to CoNet HQ where hot showers, a nice meal and drinks waited for us. This was the perfect time to further get to know some CoNet employees which was a bonus.

Seeing everyone without the helmets and sun glasses made for a completely different picture, talking over some of that delicious food was a treat in itself. After these very convivial moments spent in the company of great people I drove home, with many good impressions and tired legs. Hope to see you all again next year! 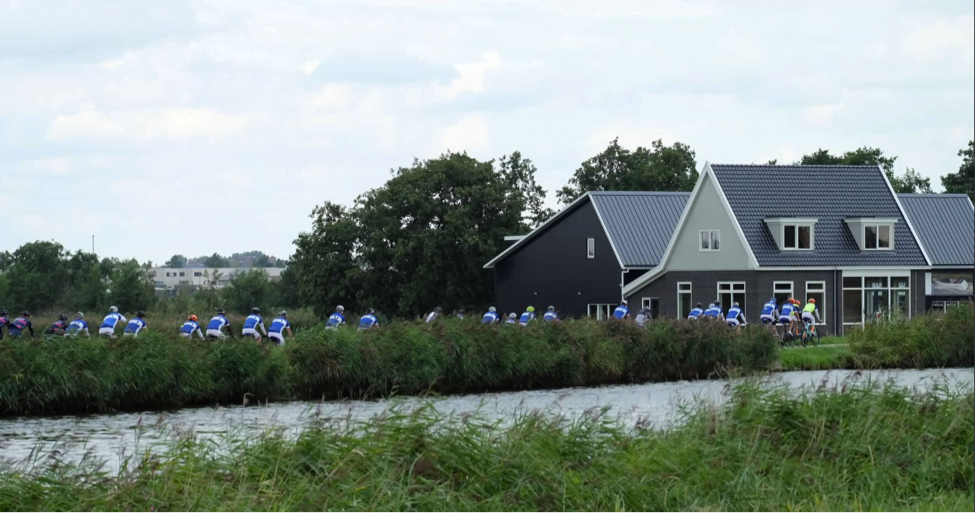 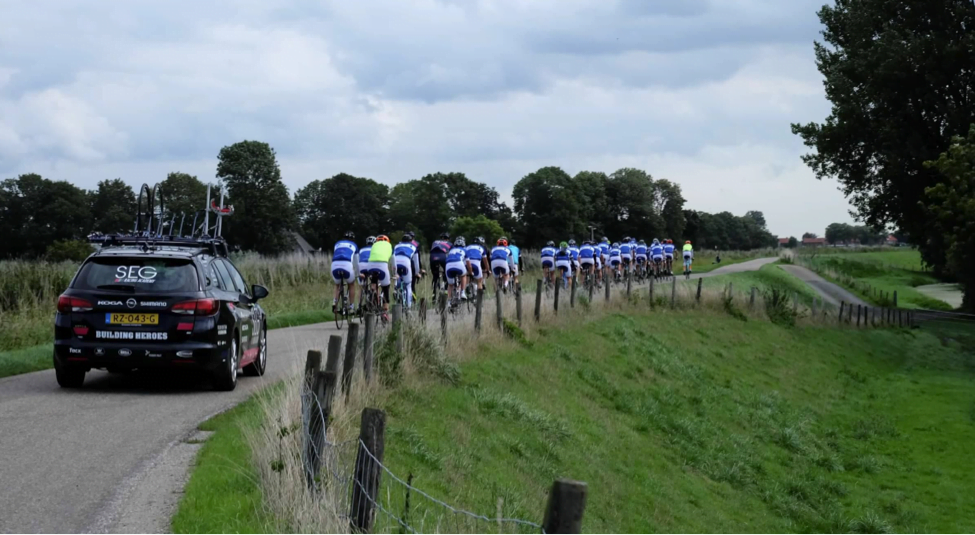