Most people know what crowdfunding is, but beerfunding? Yes, it does exist! Brewery De Moersleutel from Alkmaar wanted to expand and created a beer fund promotion to make that happen. Beer, beer engineers, beerfunding; it sounded like music to our ears. No doubt CoNet wanted to support De Moersleutel with advice and assistance.

Brewery De Moersleutel belongs to brothers Pim, Tom, Rob and Max Zomerdijk from Heiloo. All cousins of our one and only Johan Zomerdijk: CoNet engineer in heart and soul. When he came up with the story of the beer fund, we were immediately excited.

Experimenting
It all started a few years ago. Together with a friend father Sjaak started brewing beer as a hobby: Vriendenbier (Friends Beer ed.). Because the barn soon became too small, the friends moved to the former kitchens of the mental health care institution (GGZ) in Heiloo. Mother Margreet helped where she could and also Pim, Tom, Rob and Max were always in the brewery. It wasn’t long before the guys were completely in control of the brewing process. Gradually they started experimenting with special ingredients and developed their unique taste and recipes. The result is sturdy and special beers.

Motorolie
A remarkable beer is “Motorolie”, which is described by beer connoisseurs as follows: “this smoky Russian Imperial Stout is an intense and heavy stout with a smoky accent because of the use of smoked malts. You can also taste hints of plums, dark chocolate and coffee in this beer”. Another beer by De Moersleutel is “Je Moer op de koffie”. This is an imperial porter brewed with Peeze Yirgacheffe coffee. One of the newest beers is the “Two Years Dinner”, which was brewed in honour of the brewery’s biennial existence: a fresh Spiced Imperial Stout with Thai curry, ginger and lemongrass. So when we say special beer, we really mean special beer!

The Beer Engineers
Pim, Tom, Rob and Max call themselves “the bear engineers”. That alone, of course, appealed to us at CoNet. In 2016 they founded their own brewery and De Moersleutel became a household name in the international beer scene in no time at all. The GGZ kitchen was actually too small for the brothers’ future dreams. A business hall in Alkmaar offered a solution. There was enough room here for new boilers and other – larger – brewery supplies. They also wanted to automate the brewing process as much as possible. In short: a big investment was needed and so the brothers created a beer fund.

Beer fund
In exchange for an investment in money, material or hours, private individuals and companies were given a subscription to an exclusive “Moersleutel” package. It contained items such as exclusive barrel aged beers, T-shirts and beer glasses. The packages sold like hot cakes. In May 2018, the new location could be put into operation, complete with a new brewing installation including three five thousand litres of tanks. Johan obviously took care of the automation. He spent all his free hours at the Diamantlaan in Alkmaar to teach his cousins the tricks of the trade as quickly as possible. Of course, they all did their bit, because like their father, all four have a technical background. They were equal to any task and had no problem designing and installing the brewing equipment as well. CoNet supplied the hardware: PLC, control box, sensors, switchgear; everything Johan needed to make the processes function optimally. A nice coincidence was that one of our customers happened to switch from one PLC to another. We were allowed to reuse the “old” PLC – which wasn’t actually very old – in the brewery. While enjoying a beer Johan put together the PCS 7 software and taught the brothers how to deal with it.

A real improvement
The result is impressive. The fermentation and cooling system – very important parts of a beer brewery – are now automated. A real improvement; all this used to be done by hand and checked with the naked eye, day and night. In the unlikely event that something went wrong, the entire batch had to be thrown away. And, well yes, if you like experimenting, like the Zomerdijk brothers, then sometimes something goes wrong. Now everything is automatically regulated and controlled. Thanks to the Batch system, the boys can see exactly what the machines have done. This information enables them to better respond to the situation and streamline the process while doing so. That brings a lot of peace of mind. Moreover, the boys now have time for other important matters. Such as inventing appealing beer names and designing special labels.

Dreams that are no deception
The aim of the Zomerdijk men is to brew 1.5 million litres of beer a year in five years’ time. Their dream is to be at the top of the European breweries. So far, the dreams of Pim, Tom, Rob and Max Zomerdijk have all come true… Fortunately, the automation system PCS 7 can easily grow with it. In the coming years, pieces of automation will be added, such as flow meters, PH meters, frequency controls and controlled valves. In short, also according CoNet, the future of De Moersleutel looks extremely bright. 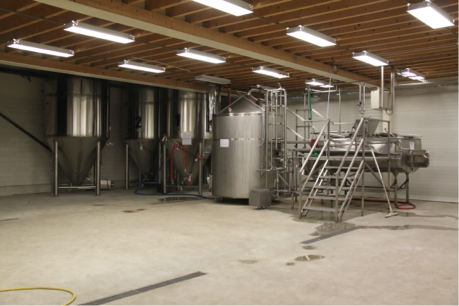 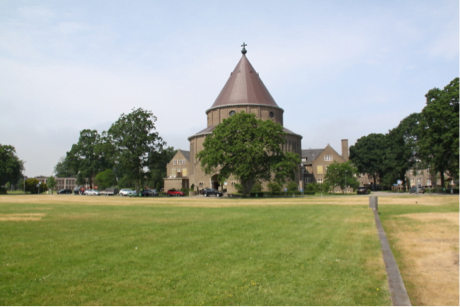