When the alarm went off at 8 am on a Saturday morning, I woke up and the first thing I did was to look out the attic window to check the weather. It looked promising because a ray of sunlight poked through a curtain crack. You’re thinking: “Why is this so important?” Well, today is the day – the tenth edition of the annual CoNet cycle tour. It is not just another bike ride. It is a bike ride where clients, suppliers, and CoNet’s team come together and enjoy the ride together.

After a hearty breakfast, while frequently checking the weather conditions outside, I gathered everything I needed for a 120 km ride. At the last moment, I decided to pack my rain jacket too.

When I arrived at Westzijde 186B, the first person I saw was Diana, taking pictures of all the participants as they arrived, paparazzi style. All of the riders were invited to park their bicycles in the room available for the purpose. They then had to follow a carefully signed route to the meeting point to start the day with coffee and cake. 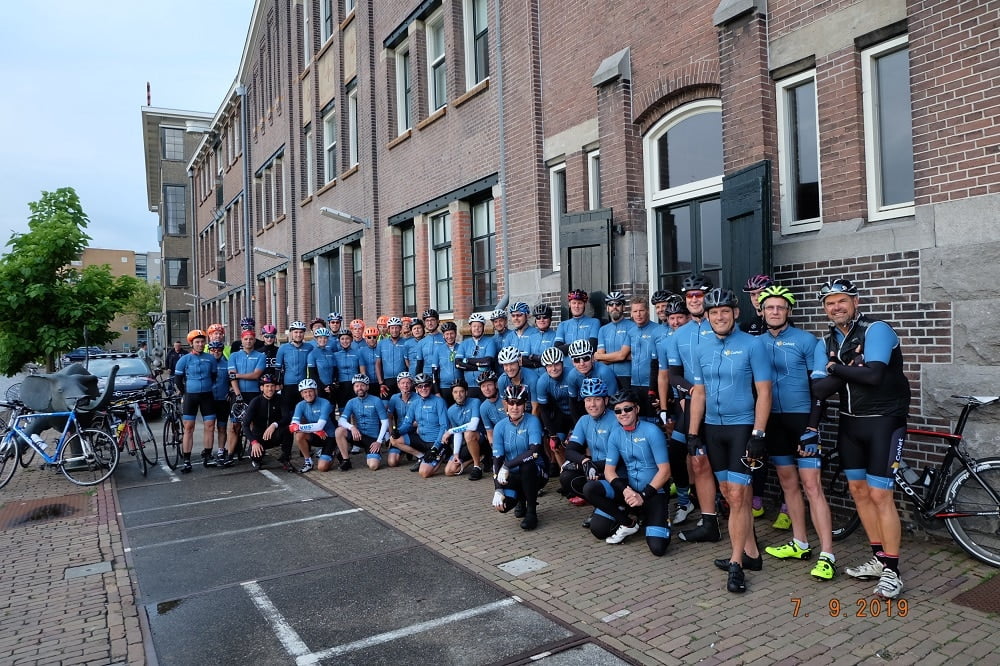 After everyone had been introduced or had shaken hands with friends, John Koot took to the floor. First, John held a presentation, clearly showing everyone that CoNet is a fast-growing business that is also developing itself evermore. After that, he introduced the new managing director, Erik Bakker. Once the official part was done, it was time to present the new outfit, a smart bike kit that perfectly represents CoNet’s vision and growth. Sensibly contemporary and innovative at the same time.

Our guest and cycling star for the day was Maarten Tjallingii. He is one of the team managers at the SEG Racing Academy, and his main role is a mental coach for the young riders in the team. Using case examples and including the SEG riders that were present, he outlined how he fleshed out his role. 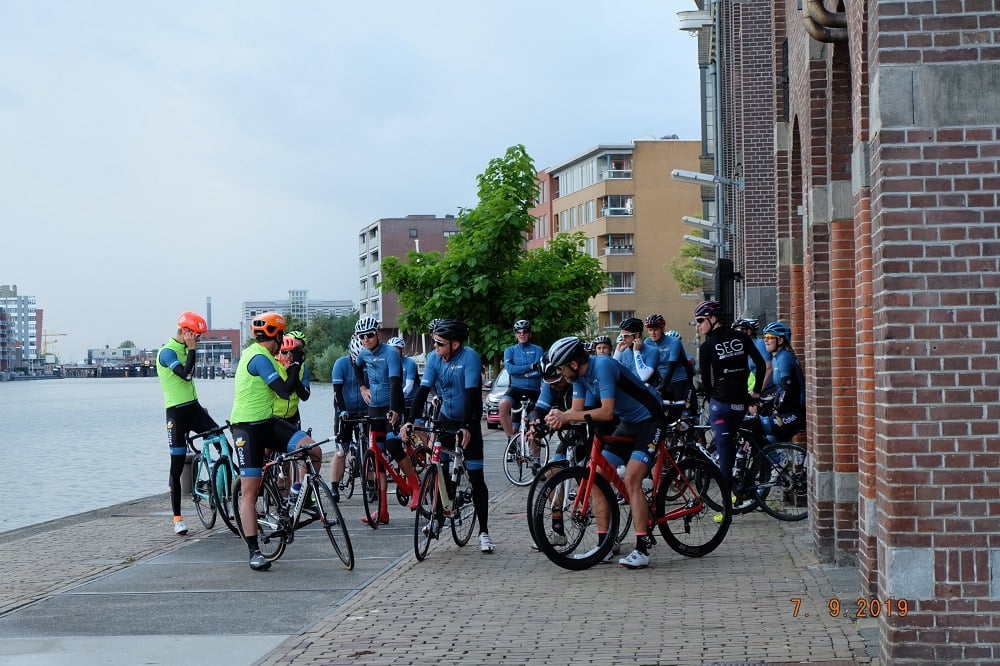 After these interesting speeches, it was time to put everyone’s fitness to the test. The new clothing was handed out, the traditional group photos were taken, and we started our 120 km long ride through the province of North Holland. Two groups were created because of the large turnout, accompanied by SEG riders.

The itinerary started from Zaandam, of course, and led through the beautiful landscape of this typical region, via Purmerend and Edam, along the IJsselmeer through Hoorn to Schellinkhout. At Schellinkhout, in an oasis on the banks of the IJsselmeer (bistro “de Midget”), there was time to recover with some coffee and apple pie and, of course, some great stories. Before we started the journey back, there were also bananas, currant buns, and chocolate bars to help replenish lost energy. Again, the landscape was breathtaking, and we had the wind on our backs pushing up the tempo. A nice rain shower was delivered to avoid letting the rain gear owners down. But luckily, that did not last long, and the sun returned to make sure everyone finished dry.

After the ride, hot showers were waiting for us in the neighboring gym. Once we had showered, a delicious buffet awaited with lasagna, chicken thighs, and potatoes au gratin. Looking back, this CoNet cycle tour was again a great success, despite the high number of flat tires (in group 1). The sun, rain, great support, good food, a record number of participants, relaxed ambiance, a brilliant outfit, and zero crashes so that everybody got home feeling fulfilled and happy.

See you next year!